Luke James Tallied 66 Points to Break Record By One 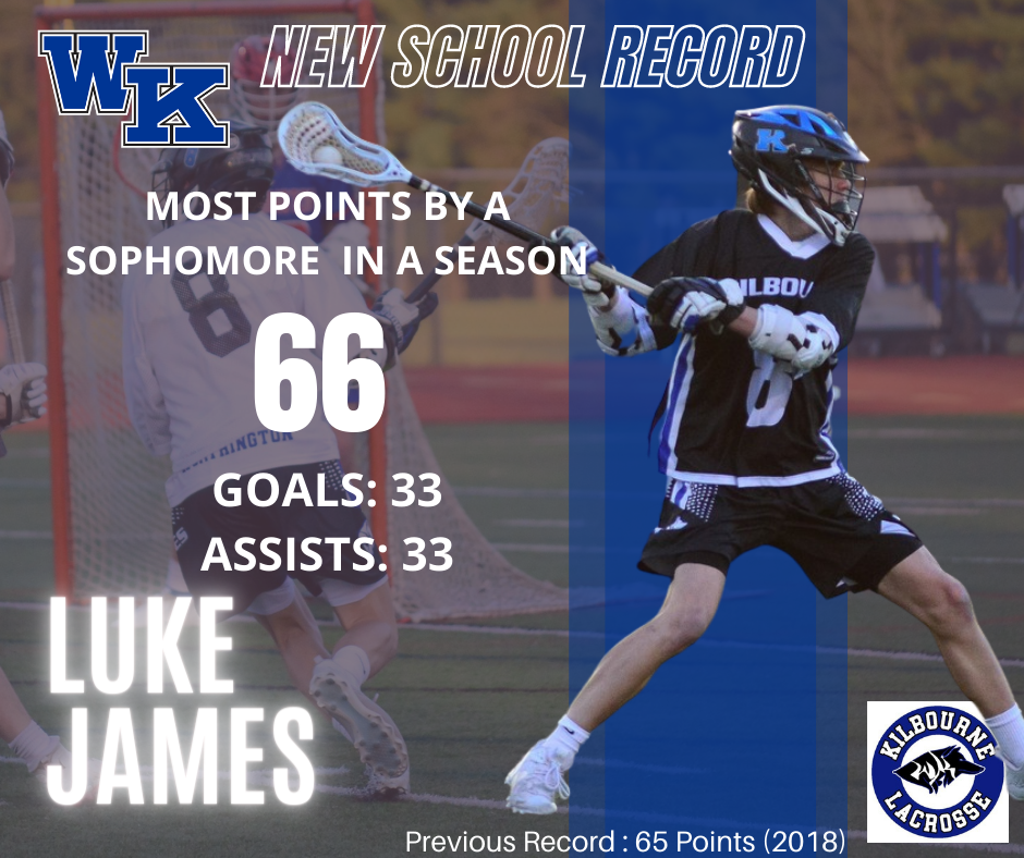 In the final quarter, of the final game of the season, Luke James kept competing.  James notched a goal and an assist in Tuesday night's OHSAA playoff loss at Upper Arlington (16-3).  As it turned out, his goal late in the game was a record breaker.

With that goal, James finished his strong sophomore season with 66 points (33 goals/33 assists).  That beat the Worthington Kilbourne sophomore total points scoring record by one!  The previous record of 65 had been held by Carson Kott from 2018.

It was a well deserved reward for James for his toughness this year.  James was off to a strong start this season with production but had to miss some games in the middle of the season as he battled through injuries.  His efforts until the final quarter of the final game ended up earing him a place in the record book!

James, a sophomore, is a 2-year starter at attack for the Wolves and was a team Captain this season.  He was recently named Honorable Mention All Region.

Congrats to Luke James on a great season and the new record.  Here's to looking ahead towards 2 more bright years ahead with the Wolves!