Fisher Breaks School Record For Most Points By A Freshman

Fisher Has Tallied 36 Points to Date This Season 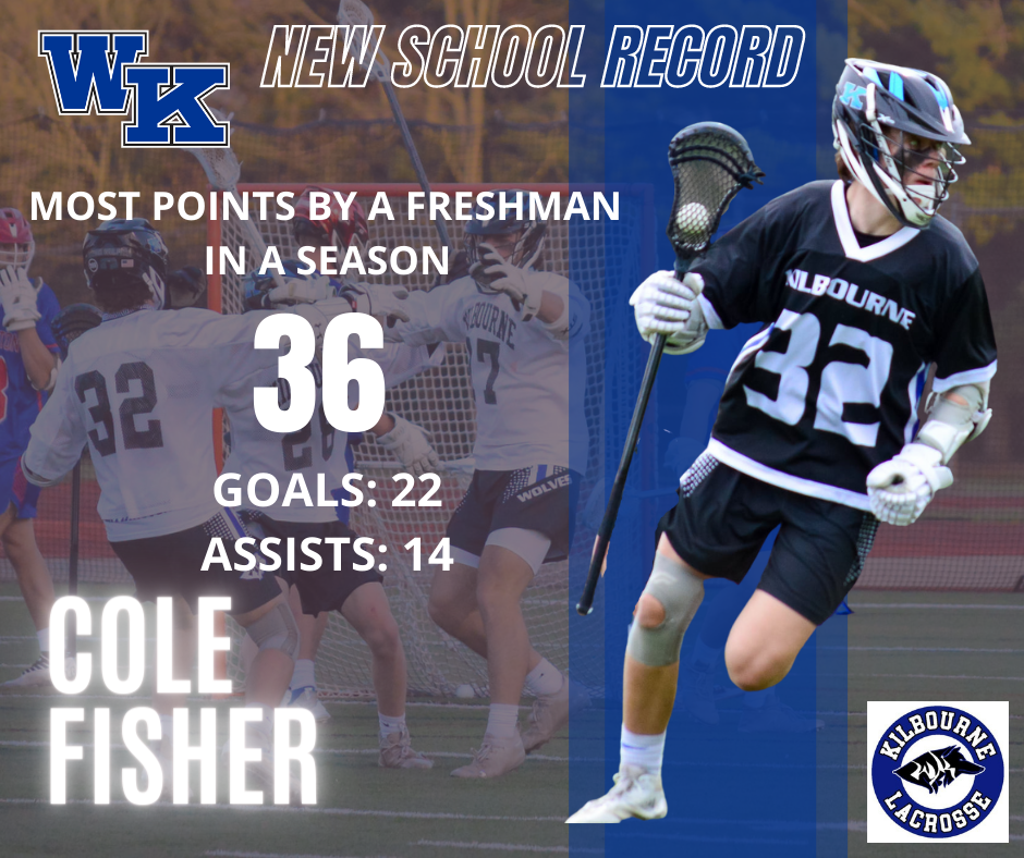 Worthington Kilbourne freshman, Cole Fisher, broke the Kilbourne Lacrosse school record for most points in a season by a freshman in tonight's win against Delaware Hayes High School.

In tonight's game, Fisher scored 2 goals and added 2 assists for 4  points on the night.  That effort brings him to a total of  36  points so far this season  ( 22 goals,  14 assists) which sets a new school record.

The previous school record for most points by a freshman was 35 points set by Carson Kott in 2017.

To illustrate how important the Worthington youth lacrosse program is for continued success, Fisher actually used to practice with Kott despite their 5 year age difference.    Once Fisher proved himself capable, longtime Worthington youth coach Glenn Alban allowed Fisher to participate in practice as a first grader with Kott and the other sixth grade players.  Kott remains a positive mentor and friend to Fisher.

The Wolves have 4 regular season games left-- plus the playoffs.  Good luck to Fisher and the Wolves the rest of the season!