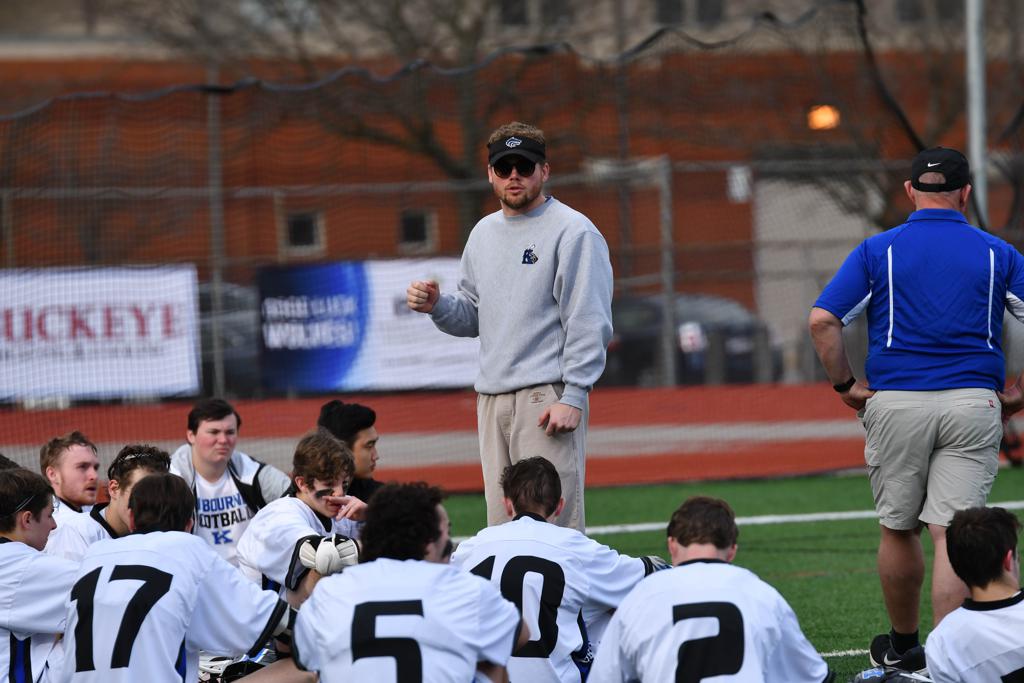 Brian Miller has been named Head Coach for Kilbourne Lacrosse effective immediately, WKHS' Athletic Director Jeff Todd announced today.  Miller served the past season as Assistant Head Coach for the Wolves alongside longtime coach Mike Riffee.  Now, Miller will officially ascend to the Head Coach role and take on the responsibility of building on Kilbourne Lacrosse's tradition of success while looking to grow and lead the program to new heights in the future.

The 2019 season was Coach Miller's third season with the program and his first as Assistant Head Coach.   Miller served as Midfield and Transition Coordinator in 2018.  Coach Miller is a 2012 graduate of Worthington Kilbourne HS, where he earned All-State honors and played midfield for the Wolves.  Coach Miller went on to play four seasons of lacrosse at Denison University.  He lettered all 4 years and  was voted captain in 2016.

In 2019, under Miller's leadership,  the Wolves advanced to the Regional Final in the OHSAA tournament and finished with a record of 17-5.  The appointment will allow Miller to maintain continuity with returning players and coaches while also looking to add some new initiatives and ideas as Head Coach for the program as well.  Miller is  thrilled for the opportunity and challenge to lead his alma mater saying, "I am super excited to be given the opportunity to carry on the rich tradition of Kilbourne lacrosse; a program that has helped mold myself, along with hundreds of others, into great lacrosse players and even better people."

WKHS Athletic Director Jeff Todd said, "We have appreciated Coach Miller's contributions and leadership as a coach here at Kilbourne.  We are now excited for him to take on the role as Head Coach.  It's always gratifying when alumni return to coach and give back to our student athletes."

Please congratulate Coach Miller on the new position and he will begin working on 2020 season planning immediately.