Jackson & Clay Honored by US Lacrosse as "All-Americans" 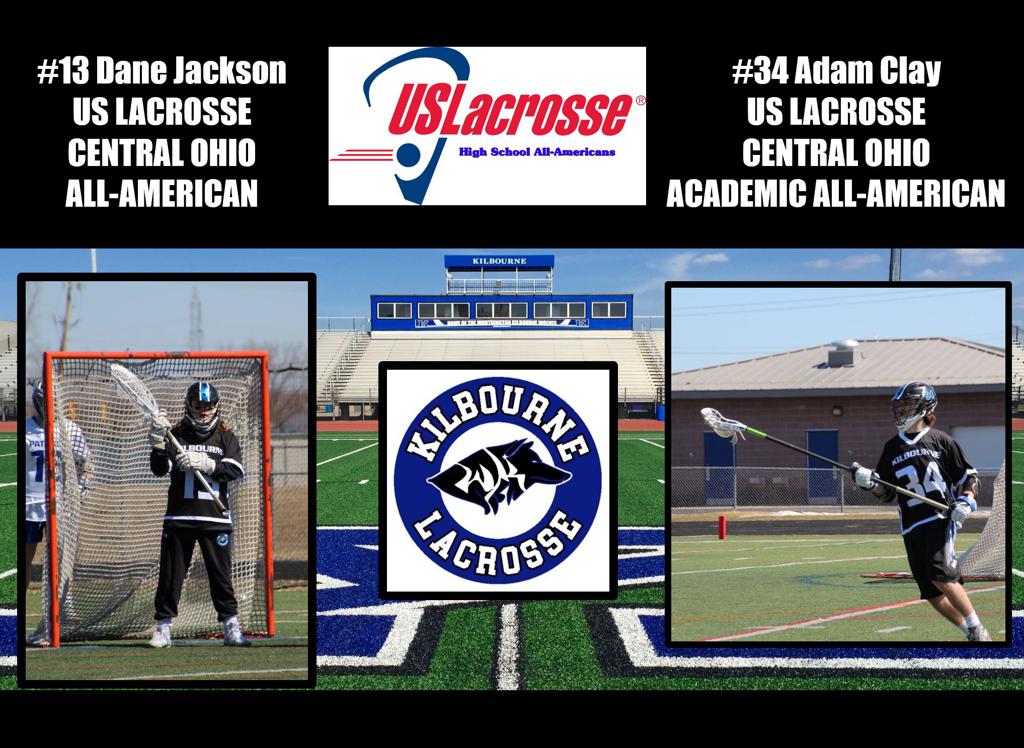 Congratulations to newly graduated seniors, Goalie Dane Jackson and Defenseman Adam Clay, for being recognized by US Lacrosse as "All-Americans" for the Central Ohio region.

Dane Jackson was named US Lacrosse Central Ohio All American for his play on the field.  Jackson was a 3 time Captain for the Wolves and broke the Kilbourne career saves record for goalies.  Recently he was just awarded the OHSAA Region 3 "Player of the Year" as well.

Adam Clay was named US Lacrosse Central Ohio Academic All American to recognize both his play on the field and his success in the classroom.  Clay was also a Captain for the Wolves and has received multiple honors for his play at defense including recently being named the "Position Player of the Year" for defense for OHSAA Region 3.