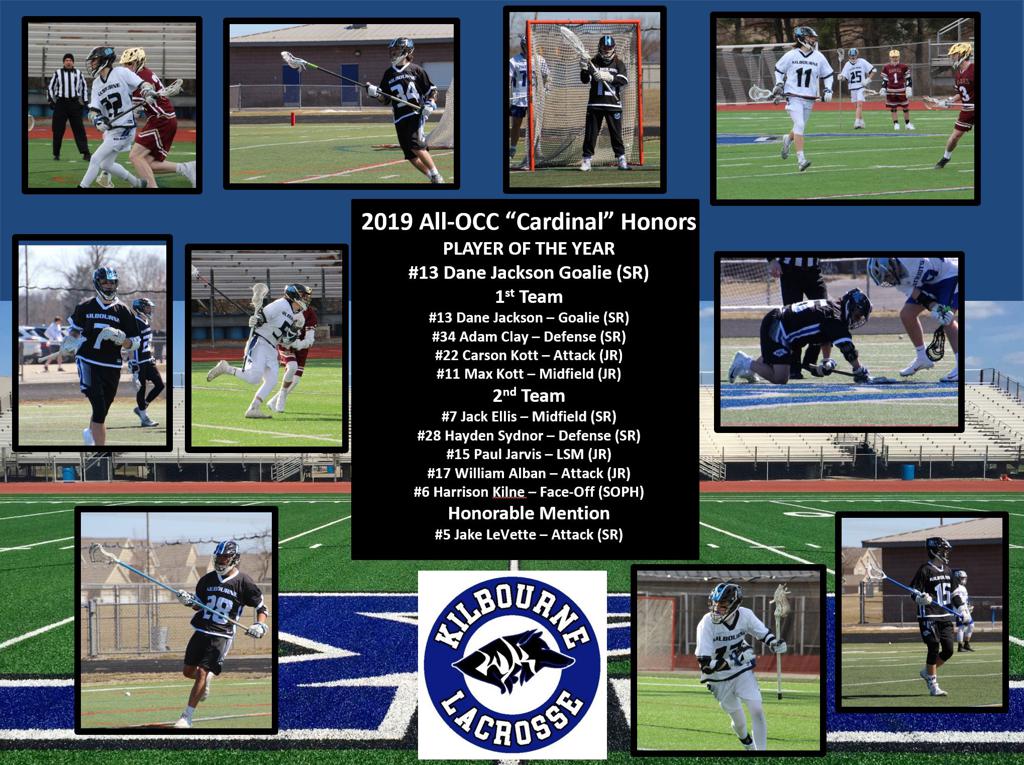 Leading the way was senior goalie Dane Jackson who was named "Player of the Year" for the Cardinal division in addition to earning First Team honors.  This season Jackson broke the WKHS career saves record for goalies in the history of Kilbourne lacrosse.

One player from each team in the OCC is also recognized as "Scholar Athlete" for their school every year.  This season senior Adam Clay earned the "Scholar Athlete" recognition for the Wolves in addition to being named First Team.

PLAYER OF THE YEAR --Cardinal Division