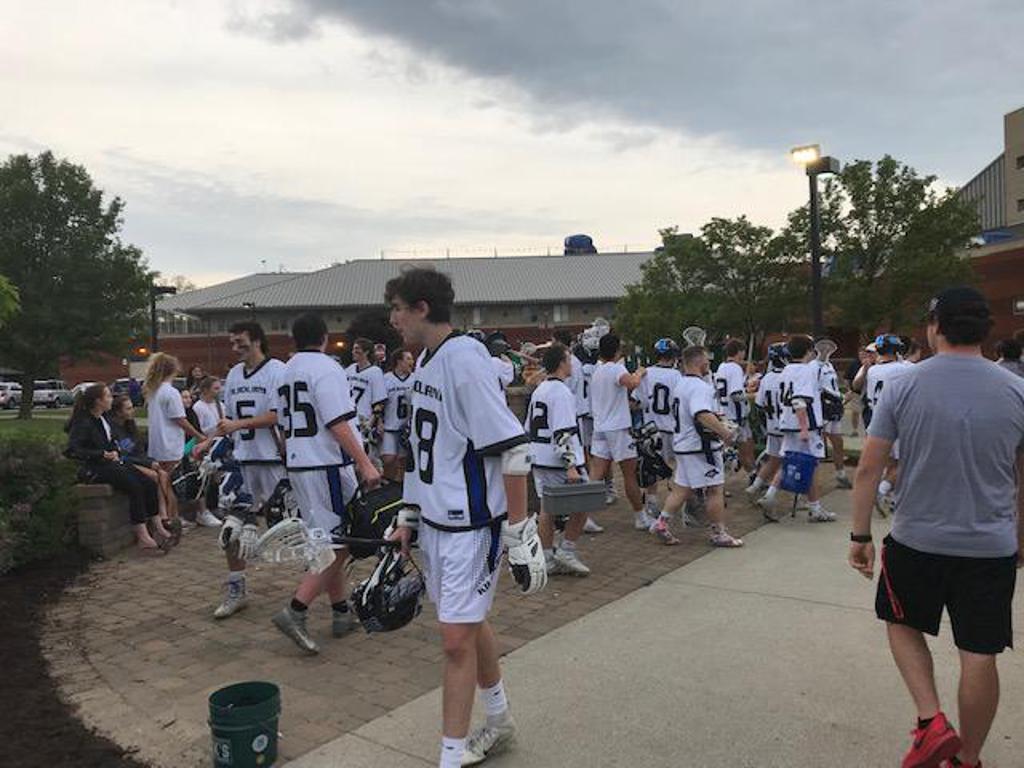 Kilbourne roared to a early lead and ultimately tamed the Tigers of Pickerington Central 17-4  in the second round of the OHSAA tournament at WKHS Thursday night.  With the win, the Wolves improved their overall record to 16-4 and now advance to the OHSAA Regional Semifinal game next Tuesday which will also be hosted by Kilbourne and held at WKHS.

Kilbourne stormed out of the gates against Pickerington Central  and took an 8-0 lead after the the first quarter.  The Wolves won 8 of 9 face offs in the first quarter and defensively Kilbourne never allowed a shot on goal the entire quarter.  Between owning possession, along with clean passing and strong dodging, Kilbourne staked an early lead they would never relinquish.

Pickerington Central did mount a charge in the second quarter scoring 4 goals off nice passing and good offense, but Kilbourne regrouped and slammed the door in the second half and held the Tigers scoreless the entire second half.  Kilbourne netted 6 goals in the 3rd quarter as well to thoroughly control the game.

Kilbourne will host the OHSAA Regional Semifinal game next Tuesday at WKHS against the winner of Hilliard Davidson v. Centerville.  Time of the game will be set after opponent is decided.

Regardless, it will be the final home game of the season for the Wolves one way or the other because if Kilbourne wins the Regional Final will be at a neutral site.  So please come out and cheer on the Wolves in their final home game and to continue their quest in the OHSAA playoffs.