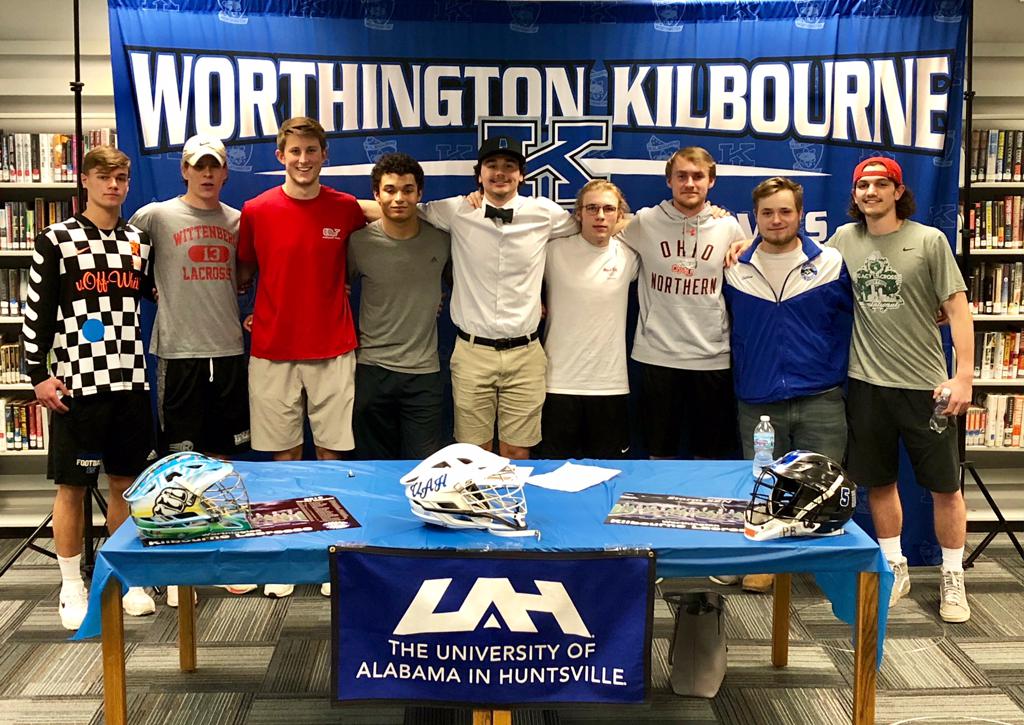 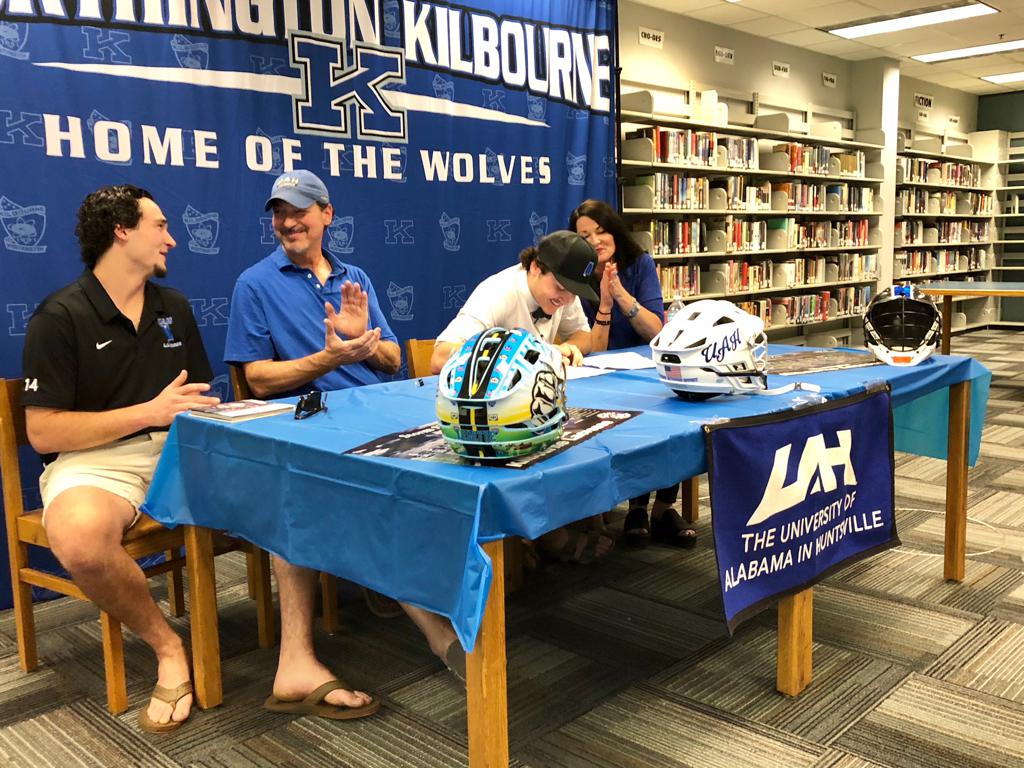 Jake LeVette singing ceremony with his family -- May 2, 2019

Kilbourne senior Jake LeVette officially signed to continue his lacrosse career and study at University of Alabama in Huntsville in a ceremony surrounded by family, friends, coaches and teammates in the WKHS library on Thursday (5/2) afternoon.

Kilbourne Lacrosse Interim Head Coach Mike Riffee, who has been part of the program for all of LeVette's years and more, praised Jake saying, "He has left and indelible mark on the lacrosse program.  He is closing in on 100 goals, 50 assists and 100 ground balls."  He added, "As I was thinking how I wanted to honor Jake, I was reminded of how unique he is.  He is not afraid to be himself...and he is very loyal to his own family and his Kilbourne lacrosse family."

On the  field, LeVette served as a captain this season and has been a 4 year varsity starter for the Wolves.  He was part of 2016 Dll State Championship team as a freshman. In 2017, Jake earned All-OCC First Team.  In 2018, he was also named Second Team All Region and OCC Honorable Mention.

Off the field, LeVette is an active mentor for  "Wolves for Cubs" and contributes to Kilbourne Lacrosse's "Man-Up" community service program.  Academically he holds a 3.5 GPA.  He’s employed at J Lui's restaurant in Worthington and previously at Brookdale Trillium senior living.

University of Alabama in Huntsville is a Division Il program that is in the Great Lakes Valley conference (GLVC).  The head coach is Connor McGowan.

In addition at UAH, Jake will re-join playing with his brother, Luke, as teammates.  Luke LeVette is also Kilbourne graduate and will be a senior for the Chargers squad.

Congratulations to Jake and his family.  Go Wolves...Go Chargers!