Mitchell to play lacrosse at Ohio Northern and study Pharmacy 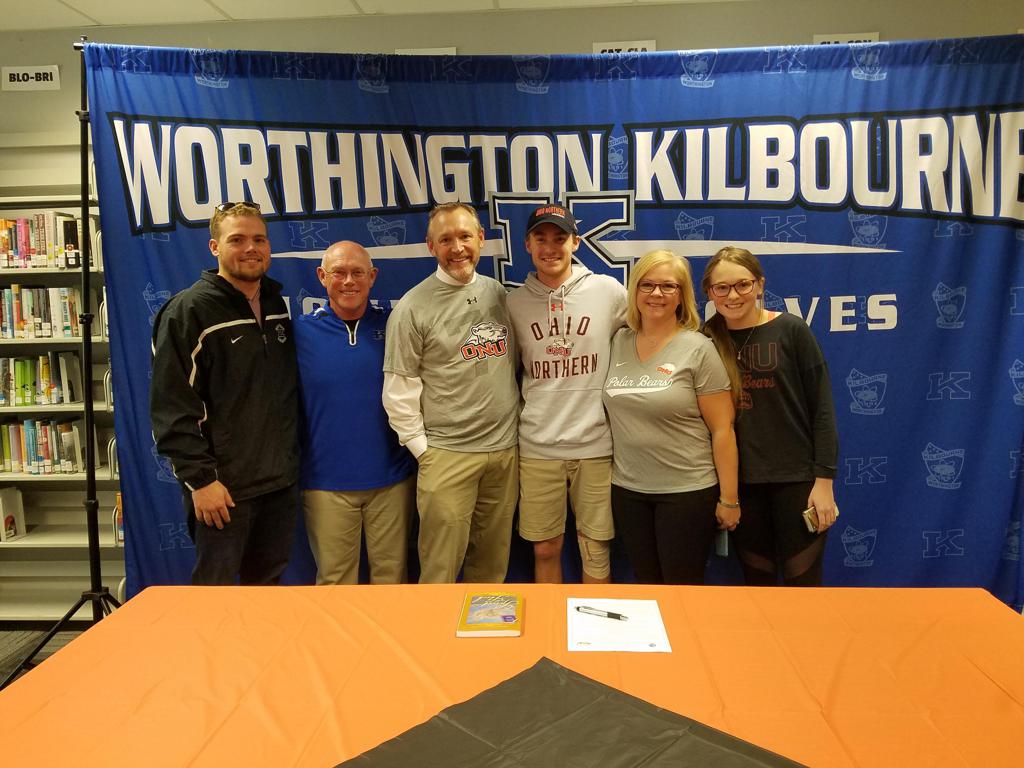 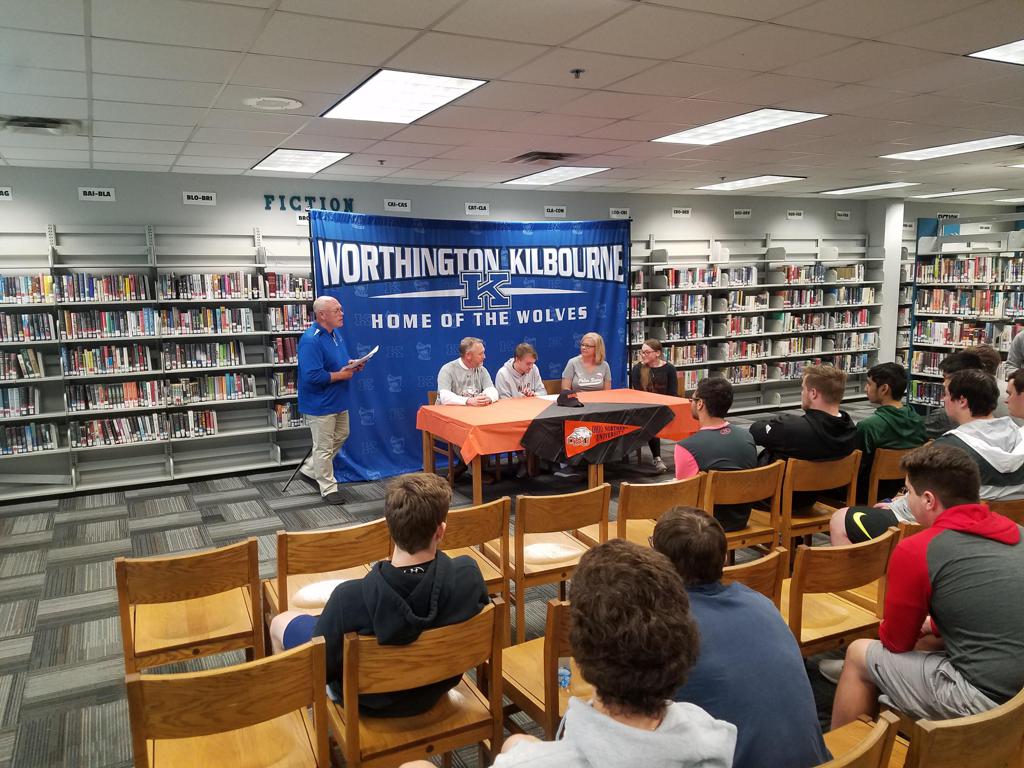 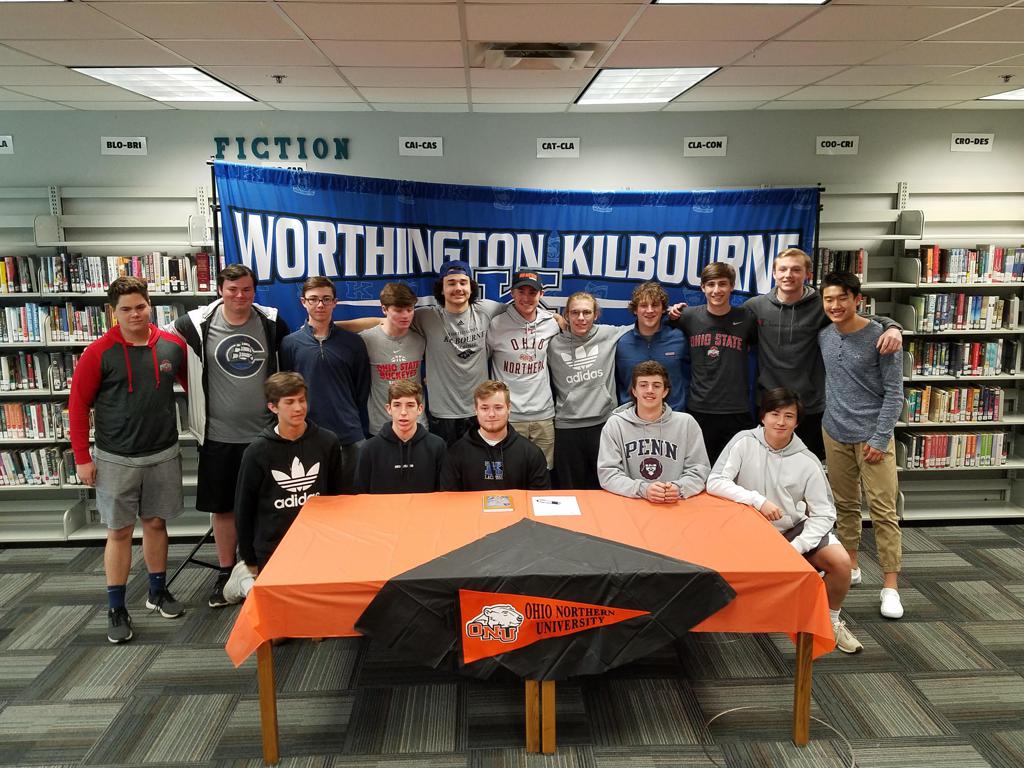 Nate Mitchell, a senior at Worthington Kilbourne, celebrated the signing of his letter of commitment to play lacrosse at Ohio Northern University next season in an event with his family, friends, coaches and fellow teammates in the WKHS library on Wednesday (4/24) afternoon.  Nate will be a 3-year letter-winner and is a 2nd year starter playing defense for the Wolves. The Ohio Northern Polar Bears are completing their fourth season of varsity men's lacrosse having risen quickly to the top in the D-III Ohio Athletic Conference.

Head Coach Mike Riffee praised Nate's passion, energy and determination when describing how he had grown from his freshman season into a starting member of one of the finest defensive units to have played at WKHS.

Mitchell credits the programs available to student athletes in the Worthington community and credits the deep history of lacrosse in Worthington for his success, noting "Worthington helped start organized lacrosse clubs in Ohio over 30 years ago and it is exciting to see how much the sport has grown in the new programs now starting around Ohio and at the collegiate level. I discovered my love for the game because of Worthington, and I sincerely appreciate the friendships and opportunities that the game of lacrosse has opened for me."

Off the field Nate has been active in the WKHS lacrosse "Man-Up" program, including "Meals on Wheels" and visiting the Dowd Center to teach lacrosse to children. In addition, Nate participated with his teammates in various regional and east coast lacrosse tournaments during the summer months, and indoor programs during the winter.

Academically, Nate was recognized for maintaining at least a 3.5 GPA for 7 semesters by earning his Gold Key during the WKHS Academic Honors night in a ceremony earlier in the year, and he plans to study pharmacy when his college journey begins in the fall.  Celebrating with Nate were his parents Brian and Kim Mitchell, and sister Karissa.