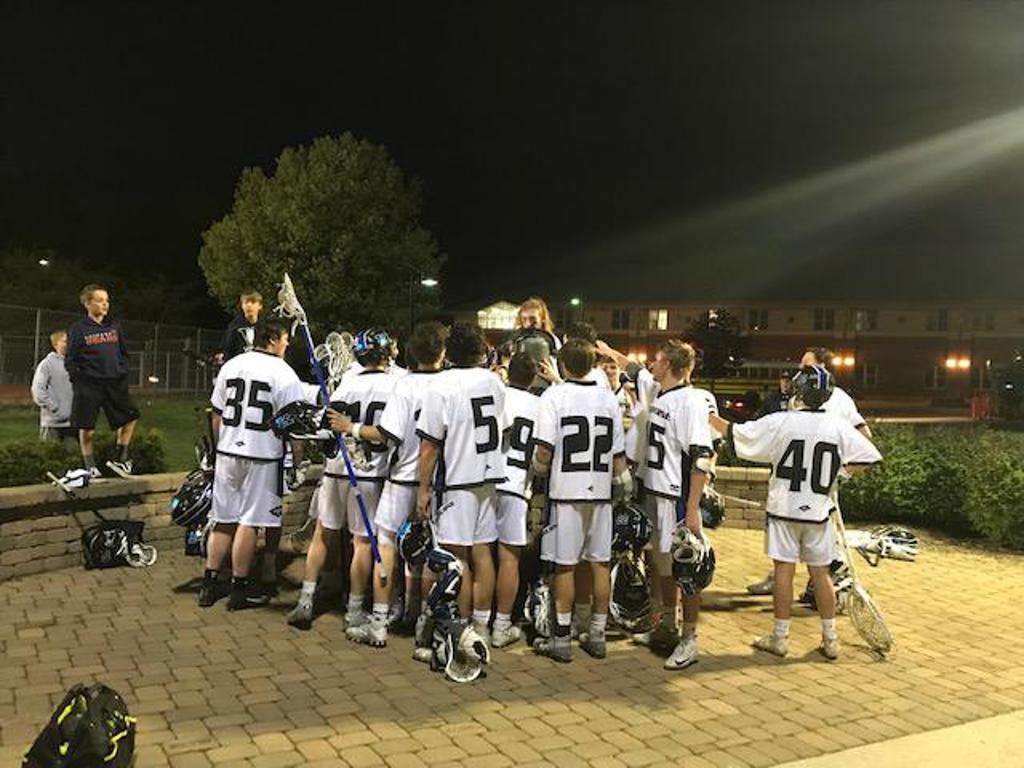 The Kilbourne Wolves won the annual cross-town match-up with  Thomas Worthington 15-6 on Tuesday night (4/30) at WKHS stadium.  The win stops a two game skid for the Wolves and moves their season record to 11-4 overall.

Kilbourne jumped out of gates and claimed a 5 -1 lead after the first quarter.  Kilbourne built the lead to 9-3 at the half with the Cardinals cutting the deficit with a nice goal as the clock expired for halftime.  The Wolves never yielded control of the game from there.

Noteworthy, 13 of Kilbourne's 15 goals were assisted as the Wolves moved the ball quickly and unselfishly.  Kilbourne's Will Alban had another incredible night will 11 points, including 9 assists and 2 goals, and he assisted on 6 straight goals in the second half.

Beyond lacrosse, both squads teamed-up to raise food and personal care items for the Worthington Resource Pantry.  In a "fierce but friendly" rivalry it was great to partner and make a positive difference in the community.

The Wolves final regular season home game is Thursday against St. Charles and it's "Senior Night".

Kilbourne JV lost to Thomas Worthington 8-7.  It's the third straight loss for the JV Wolves and drops their record to 10-5-1.  Kilbourne led 6-5 at halftime but only scored once in the second half to lose by a one goal margin.