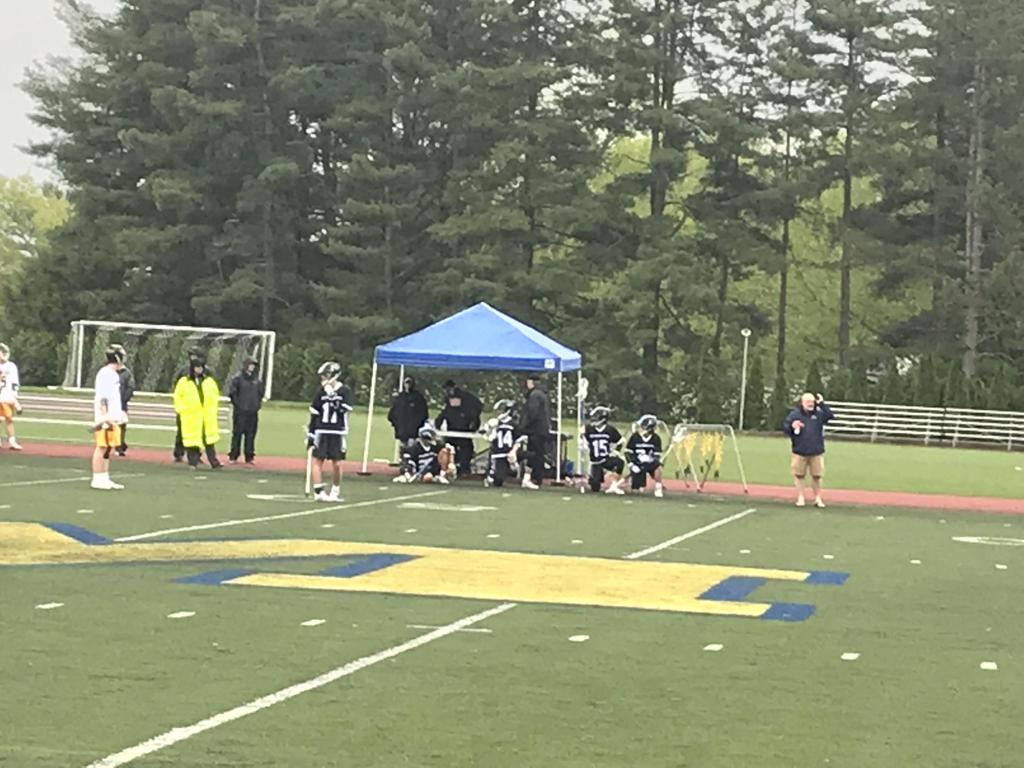 The Kilbourne Wolves lost to Cincinnati Moeller 12-13 in OT after leading the game by 2 with :54 left.  The loss is the second straight for the Wolves following a rain delayed loss at Dublin Jerome Friday.

Kilbourne looked to rebound as they traveled to Moeller Saturday (4-27) for a key regional match-up.  Kilbourne played a strong game in a back and forth affair.  Kilbourne built a 10-8 lead after the 3rd quarter.  Cincinnati Moeller answered and tied the game up at 10 with 3:30 left in regulation.  The Wolves did not wilt and responded with a pair of strong goals to build a 2 goal lead with less than a minute to go and looked to be in full control of the game.

However with :54 left, the Wolves were assessed 3 non-releaseable penalties following a skirmish between players on the field.  Playing 6 on 3 for the remainder of the game, Moeller scored once quickly.  Kilbourne Goalie Dane Jackson appeared to make a game winning save with :06 left, but an additional penalty was called as the offensive player entered the crease.  The call was a push on Kilbourne.  With the extra opportunity Moeller scored as time expired to send to OT.

In OT, still playing 6-3, Kilbourne never had the ball and Moeller scored to win.

The Wolves return home on Tuesday to play Thomas Worthington.  Please come out to support the cross-town Worthington match-up.