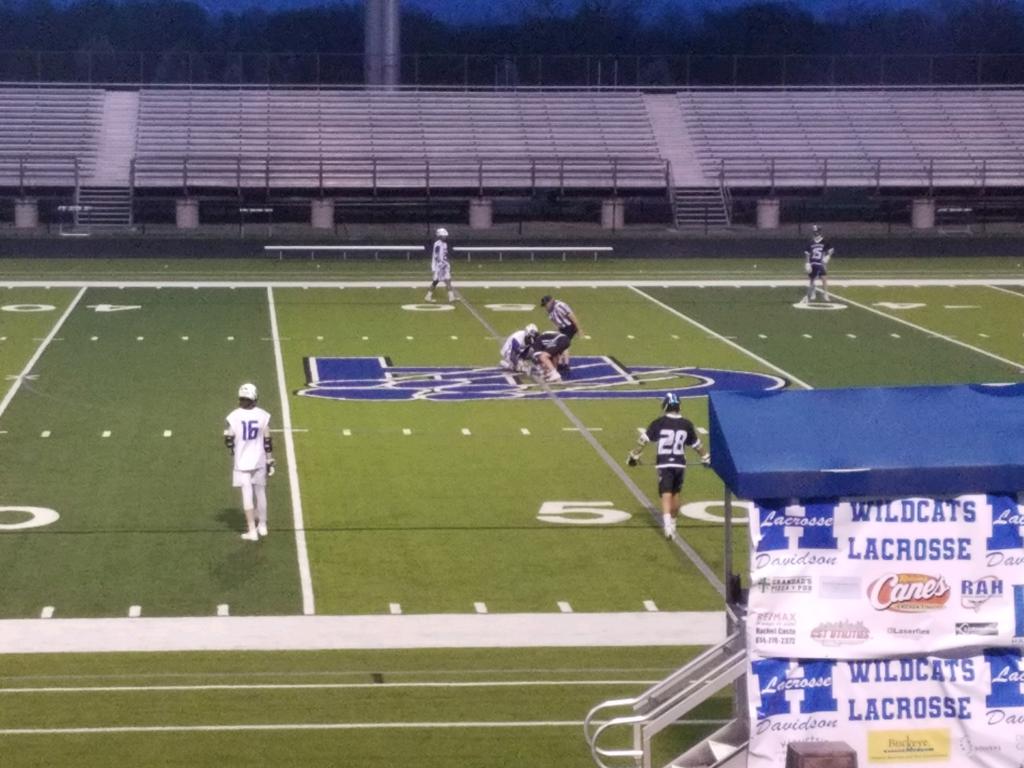 The Wolves defeated Hilliard Davidson on the road Thursday night  (4/18) by a score of 12-4 despite the game being slowed with penalties by both teams and chippy play.  The Wolves move to 9-2 overall and keep their sites set on the season goals ahead.

Even in wins, the Wolves have struggled recently to put together complete games and stay away from costly penalties that slow momentum.  Against Hilliard Davidson, again the Wolves had stretches of fast play, quick conversions and strong lacrosse, but also periods of multiple men in the box, costly penalties and scoring droughts with low possession time.

Despite the up and down play and heavy penalties, Kilbourne was in control on the scoreboard throughout the game.  The Wolves led 7-3 at halftime, but only a 2 goal third quarter allowed Hilliard to stay in the game in the second half.

The Wolves did cash in on "man-up" opportunities when Hilliard was in the box and the prettiest goals of the game came on solid transition play and converting on a numbers advantages in fast breaks.

The Wolves will have some days off for Easter and then back at it next week.  Have a safe and Happy Easter.

Kilbourne JV won 10-3 over Hilliard Davidson in what was a game truly marred by penalties.  At one point the game was being played 4 on 3.  Kilbourne JV scored 5 goals in the third quarter.  Six different players tallied a point in the box score with a highlight of a "pole goal"!  Kilbourne JV now has a record of 9-2-1.